Home > Children's Rights > The role of the NSPCC

The role of the NSPCC 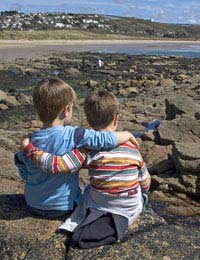 The National Society for the Prevention of Cruelty to Children (NSPCC) is an organisation that has been in existence since 1884.The fundamental goal of the NSPCC is to help reduce – and eventually stamp out – cruelty to children in all its many forms.

Cruelty to children can take on many different forms including:

The list is not an exhaustive one but aims to cover the most common aspects of what can constitute cruelty to children.

In some cases, the person responsible for the cruelty to these children may not even be aware of the fact that they are causing it. It may simply be that their circumstances are such that they cannot provide their child with a standard of living that the law says is befitting of a child.

What Does the NSPCC do?

The first thing to note about the NSPCC is that it is a charity organisation and is funded entirely on donations from members of the public and donations from other quarters. The NSPCC is not affiliated to any government body and receives no funding from the government – something which is a bone of contention with many.

The NSPCC's primary rule is to raise awareness of child cruelty and also to help bring about changes in the law relating to the care and protection of our children.

The NSPCC operates a public policy and spend a great deal of time lobbying members of parliament in order to bring about change in laws relating to how children are cared for and protected by the law in the UK.

In addition, the organisation also provides help to thousands of families across the UK every year. It operates telephone lines which allow the victims of abuse to speak to someone in confidence about the nature of their problem, as well as help with matters relating to domestic violence.

What Can You Do to Help the NSPCC?

As the NSPCC is a charitable institution, it relies for the most part on donations from members of the public, charitable gifts and donations from companies up and down the country. You can donate money directly from your salary at source if you wish, or can embark on one of the many events that are organised every year in order to raise much needed funds.

If you have an idea for a fundraising event you should contact your local NSPCC office or visit their website at www.nspcc.org.uk for more information on how to go about fundraising and how you can help the NSPCC with practical help such as giving up some of your free time.