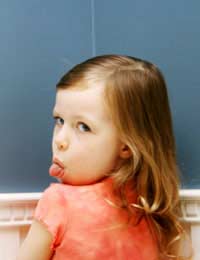 Every child will misbehave and be unruly at some time. But there is a fine line between you disciplining them effectively and authoritatively and being considered in the eyes of the law as being a bullying parent.

What Can I Do as a Parent to Discipline My Child?

As a parent, you have the legal and moral obligation to ensure that your child is both looked after and well behaved. Many parents feel that by shouting at their child they are making sufficient strides to ensure their behaviour. However, this is not always the case and may be considered to be emotional bullying, especially if reported to the relevant authorities.

Smacking Your Child is something that the law says we probably shouldn’t do, but there are some who say it is the only way to ensure their child understands the message they are trying to reinforce.

The Law on Smacking

Smacking in some countries, including Germany, Spain and the Netherlands, has been banned, but in the UK smacking or 'reasonable chastisement' is acceptable in the eyes of the law. A light smack to the back of the legs is acceptable and many say this is the best way to discipline their child. However, any smack or punishment that leaves clear marks, welts, bruises or scratches is a prosecutable offence, and a parent could face up to five years in jail.

How Best to Discipline Your Child?

Every parent has their own ideas as to how best control their child. For many, a light smack to the back of the legs or hands is sufficient for the child to know that what they are doing is wrong. This can be supported by a verbal scolding but really should not go any further than that.

Other forms of punishment include grounding your child (denying them playtime outside with friends), loss of privileges such as television and computer game console time, and loss of pocket money. These are, of course, only suggestions but it is the right of every parent to have the final say on how to discipline their child.

If you are in any doubt as to what the law says on the subject of disciplining your child, it is worth visiting the website of the National Society for the Prevention of Cruelty to Children (NSPCC) who offer practical advice and support on this rather tentative subject. Your local authority’s child welfare department can also offer advice as well as parental training classes for those parents who might prefer some additional help.
Next Page

The Rights of Children Under Employment Law