Home > Children's Rights > Underage Sex: How to Protect Your Children 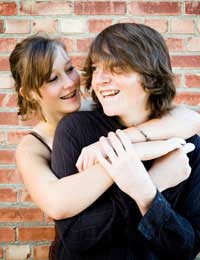 Whether you have a son or daughter, or both, the topic of underage sex can be an extremely difficult one in which parents and their children often have conflicting views. Some parents take the view that they would rather their child was having sex under their roof, rather than sneaking off and having sex elsewhere, but views differ enormously.

It is against the law for children under the age of 16 to have heterosexual or homosexual sex. In Northern Ireland, children have to be 17 years old. However, there are different degrees of criminality in sexual situations – creating a grey area in terms of the law. For example, two 15-year-old teenagers who have sex with each other just weeks before their 16th birthdays are much less likely to be prosecuted than a 25-year-old man who has sex with a 15-year-old girl.

If the two 15-year-olds who had sex were found out by the police, and the police referred it to the CPS (Crown Prosecution Service), this may still not result in prosecution as the CPS may take the view that it is ‘not in the public interest’.

There are different rules relating to children who are under the age of 13. Whereas a child who is 13, 14 or 15 can be said to have consented to intercourse, a child of 12 or under cannot. This is a concept that is very similar to the minimum age at which a child can be criminally prosecuted, which is at 10 years old.

There are no defences to having sex with a child under the age of 13. This means that a defendant charged with this offence cannot say that he (or she) thought the child was over the age of consent, or that he or she consented to having sex. If a defendant is found guilty of ‘statutory rape’, they can be sentenced to life imprisonment. Average prison sentences are, however, between five and seven years.

Your Role As A Parent

If you allow your child to have underage sex, for example by giving them condoms, you could, in theory, be prosecuted for aiding and abetting unlawful intercourse. But again this is very difficult to prosecute successfully, as everyone knows that if children want to have sex, they’re going to do it regardless of what you say or try to do.

The Rights of Children Under Employment Law