Home > Children & The Law > What 'In Loco Parentis' Means to You

What 'In Loco Parentis' Means to You 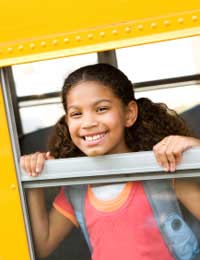 You may have heard the phrase ‘in loco parentis’ many times before, but did you know that it actually has legal significance when it comes to looking after other people’s children – either on a casual or educational basis. ‘In loco parentis’ is Latin for ‘instead of a parent’ and in English law it applies in several circumstances.

Examples Of The Duty Of Care

When you leave your child at the school gates you are in effect agreeing to allow the teachers and other staff at the school to act ‘in loco parentis’. You also act in loco parentis when your child’s friends come to stay, or if you take your children and other people’s children on a trip to a local park. Babysitters, childminders, nursery assistants, crèche supervisors and holiday camp supervisors also assume a duty of care during the course of their employment.

So what does this legal definition actually mean in practical terms? There are two statutory provisions that relate to the role of teachers acting in loco parentis: first, the Children Act 1989 provides that teachers have a duty of care towards the children under their supervision, as well as promoting the safety and welfare of the children in their care. The level of this duty of care is measured as being that of a ‘reasonable parent.’

The Health and Safety at Work Act 1974 puts a further obligation on the school as a whole to safeguard the wellbeing and safety of pupils in its care.

Increasingly, and with the rise of compensation culture, teachers have grown to dread organising and supervising school trips. The law provides that teachers have the legal responsibility for pupils under their supervision while on the trip, but in practical terms it is impossible to anticipate each and every potential danger. Therefore, the courts have tended to emphasise the ‘reasonableness’ aspect of the duty of care in deciding cases.

What Teachers Can and Can’t Do

What It Means To Parents

If you are looking after someone else’s children in a casual capacity, for example, if your child’s friend is staying with you, or you are taking a group of children to a theme park, swimming pool, or other type of outing, then you should exercise the same care and skill in terms of caring for that child as you do your own children (assuming, that is, that you are already a ‘reasonable’ parent, although if you weren’t you’d be unlikely to be given charge of others’ children).

If you put a child in danger or are negligent in the way that you care for someone else’s child, you may be sued by the child’s parents for damages. In these circumstances, you should seek professional advice without delay.