Home > Behaviour > Teen on the Edge of the Law? A Reality Check 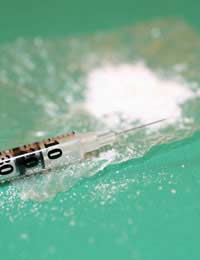 If you’re at your wits’ end with your teenage son or daughter, you may have tried talking to them, telling them how worried you are, punishing them by taking pocket money away or grounding them. It can be very frustrating when nothing works! Young people can be easily led by other people, can become bored in their free time or disillusioned with school.

Family break-ups or other types of instability at home can also lead to a young person displaying increasingly unruly behaviour. It is a very worrying time for parents, especially if the teenager in question is staying out late or all night, is Drinking or doing drugs, is rude, disrespectful or violent, or is exhibiting promiscuous behaviour.

For some children, being arrested and spending a few hours in a police station is enough to change their ways. Sadly, though, it can also be the start of more serious offending. The youth justice system does try to give young people every opportunity to address their offending behaviour and to try to steer them away from the patterns that could see them enter custody or become adult offenders in later life.

Many young people know that drugs have a physical effect on their bodies, but not as many are aware of the mental health issues that arise from drug taking.

Cannabis – this drug is notoriously linked with anxiety and depression, and can worsen or cause relapses of pre-existing schizophrenic illnesses. It can become very difficult to get motivated if you are a regular user, and learning and concentration are also affected. Although some children and their parents see it as less harmful than other drugs, there is evidence that using cannabis can and does lead to abuse of other, harder, drugs.

Cocaine – is highly addictive and it’s relatively easy for users to overdose. It can cause heart attacks in young and healthy people, seizures, heart failure and respiratory failure (i.e. you can stop breathing.) It also causes miscarriages in pregnant women.

Ecstasy – causes compulsive behaviour in users. Drinking too much water while on ecstasy can kill you, as can dehydration from not drinking enough fluids. Ecstasy can damage your heart, liver and kidneys and long-term users can suffer from depression, breakdowns and paranoia. People with high blood pressure, heart problems, asthma or epilepsy should never take ecstasy, as it is particularly dangerous for them.

LSD – although there is no evidence that LSD is addictive, taking acid is essentially like playing Russian roulette with your imagination. It has very random, and sometimes terrifying, effects on a person’s perception of reality. It can trigger an otherwise undetected mental health issue, and users are at risk of suffering flashbacks weeks, months or sometimes even years later.

Heroin – is highly addictive and destroys lives. Users of heroin die from overdoses, contracting deadly diseases like hepatitis B or C and HIV/AIDS while sharing needles, as well as inhaling their own vomit (heroin weakens the body’s cough reflex).

Some professions require a person to disclose any or all previous convictions they have, regardless of whether or not they are spent. Although this doesn’t necessarily prevent them from applying for or obtaining the job, some convictions are of a nature that means that the offender will be prohibited from working within a certain profession.

Examples of professions that require disclosure of all criminal convictions include doctors, nurses, pharmacists, lawyers, teachers, police, probation and working with vulnerable members of society, such as people with disabilities, young people and the elderly. A criminal conviction for drugs, dishonesty (theft, burglary, fraud), or violence, such as assault, GBH and robbery, will not sit well with even the most liberal and forgiving potential employer.