Home > Ask Our Experts > Can we Stop Our Father's Visitation Rights to See Us?

Can we Stop Our Father's Visitation Rights to See Us? 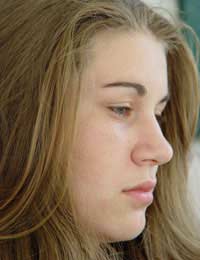 I am 15 years of age. My mother and father were married for a little less than 12 years. I went through almost every kind of abuse there is, while my siblings had a front row seat to watch my dad tear into me with everything from a belt to a barbeque. My parents went through a divorce about a year ago (thank God) and now he gets to see us every Sunday for 5 hours, and it scares me to death. I dread every Sunday I have to see him. I don't believe he should get the privilage to see us at all.

I still have nightmares about all of the terrible things he did to me. I am a child and I should be allowed to enjoy my youth without the constant reminder of the past. How can I make it so that me and my siblings to not have to see my father?

I was very sad to read about what happened to you at the hands of your father, but it sounds as though you are trying to come to terms with it. It is extremely important that you understand that what has happened to you is not your fault, and you don’t deserve to be scared or to be made to feel afraid by your father.

The court will always take into consideration your wishes, first and foremost, and will do what it considers is in your best interests. Normally, the family court thinks that parents and children should be in contact with one another, unless there are exceptional circumstances (which it sounds like there are in your case).

The court always takes into account your welfare over the rights and wishes of either, or both, of your parents. However, it is unlikely that you would be able to speak on or behalf of your other siblings. Remember the court will also consider what is in their best interests as individual children, too.

If you refuse to have contact with your father, he is very likely to want to know why, so I would suggest you speak to an adult you can trust before you do this. If you don’t feel as though you can talk to your mother, you could telephone The Children’s Legal Centre (www.childrenslegalcentre.com) who have a dedicated free phone number especially for young people: 0800 783 2187. They will be able to help and advise you further on your particular circumstances.
Next Page

Do I Have the Right to Know Where My Children Are?

Could a Child Choose Which Parent to Live With?

When To Consider Legal Guardianship

Should we Still Pay Maintenance?