Home > Parent's Rights > Your Rights as a Grandparent 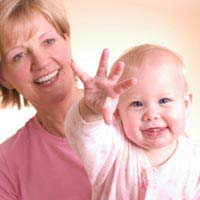 Grandparents, whether maternal or paternal, play a vital role in any family unit. As more women become focused on careers and wish to return to work after giving birth, grandparents are playing a much bigger role in childcare. Studies show that large amounts of non-parental childcare is carried out by grandparents, which alone demonstrates how important grandparents are.

With so many marriages ending in divorce, it is understandable for grandparents to worry about whether their relationship with grandchildren will become severed, particularly where their son or daughter was the one who ended the marriage. As a result, many grandparents are facing the heartbreak of being separated from loved ones and are having to fight to keep in contact.

Step-parents who have lived as part of a family for three years were given the right to apply for contact under the Children Act 1989, but the same rights were not afforded to grandparents. Grandparents, therefore, have had to apply to the courts just to ask permission to make a request for some sort of contact. This can be a protracted and expensive process.

It was thought that grandparents would be given legal rights to maintain contact with their grandchildren, to help recognise the important role they play. Unfortunately, however, this plan does not seem to have come into fruition.

The first step is to try and maintain a relationship with the parents, if communications have not broken down fully already. If you can talk, you may be able to persuade them that you will not take sides, you only want what is best for the children and will help to support them in any way that you can.

Hopefully this will work. However, it is most usual that relationships have significantly broken down and that parents are not willing to cooperate whilst tempers flare and emotions are still raw.

If this is the case, then you may be able to use mediation as a way forward. A mediator, who is completely independent, can try and help you reach an agreement with the parents. This can only take place if both parties agree and you are likely to have to fork out for the full costs. Additionally, mediation is a step worth taking only if you believe that you have a strong chance of success i.e. do you believe that you are likely to be able to persuade the parent(s) to a) participate fully and b) negotiate to allow some form of contact. If relations are too strained, then the only way forward may be to obtain a Contact Order through the courts.

If this is successful, then your request for contact will be considered. This is the point when a CAFCASS Welfare Officer will be appointed to speak to all the parties involved, investigate all of the issues with regards to welfare and to draft a report to assist the court in their decision.

If you have a very strong report from the CAFCASS Officer, then it is usually useful in persuading the parent(s) with care to allow contact with your grandchild. If this does not work, however, then there will be a full hearing.

At the hearing, both sides will give evidence and the court will take into account the CAFCASS Officer's report. Ultimately, the court will consider the child's best interests at all times. In most circumstances, the court will consider that grandparents, who have played a large role in their grandchild’s life, should continue to be involved. You will therefore need to persuade the court that you are more than beneficial to the children and that they will suffer if you do not continue to play a part in their life.

You may find that although a contact order has been awarded in your favour, you are still struggling to maintain contact with your loved ones. The court's powers have recently been increased to make it extremely difficult for the order to be ignored. They are therefore, in place to ensure that grandparents can still have a loving and fulfilling relationship with their grandchildren.
Next Page

The Rights of Working Parents