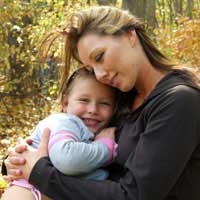 Anyone can change their name by deed poll (using a deed of change of name) but sometimes additional consent from other parties with parental responsibility is needed. Your birth certificate will not normally be changed as this is a historical record of your name at birth.

What is a Deed Poll?

A Deed Poll is a legal document in which a person agrees to carry out an action set out in the document. For a Deed to Change Name, a person is simply agreeing to change their name and going forwards be known by their new name.

Who Can Make an Deed Poll Application?

For children, an application will need to be made by their parents using a specific application for minors. Importantly, all those with parental responsibility will need to consent to the name change.

If a care order is in place, the Local Authority will have parental responsibility so must consent to the name change. Speak to your case worker to discuss your reasons for wanting the change and to obtain their consent.

What is Parental Responsibility?

Parental responsibility as defined by S.3(1) Children Act 1989 is: 'all the rights, duties, powers, responsibilities and authority which by law a parent of a child has in relation to the child and his property'.
Essentially, it is the power to make practical and important decisions about a child such as where they go to school, where they live and what religion they follow.

Do I have Parental Responsibility?

Below is a breakdown of all those who have automatic parental responsibility:

Why Change a Child's Name?

There are many reasons why parents may wish to change a child's name and so this is really an endless list. However common reasons given include:Changing a child's name is a significant and important decision and not one to be taken lightly. In particular it should not be used to "get back" at a former partner, and the courts will strongly disapprove of this

If you need assistance with changing your child's name, speak to your local Citizen's Advice Bureau who can often provide free and independent legal advice.

Below are some answers to questions we're commonly asked.

What if the Other Parent Objects to the Name Change?

If one (or more) parties with parental responsibility will not consent to the name change, then you can apply to court to change a child's name. You will need to apply for a Specific Issue Order. The court will determine any such application by considering what is in the best interests of the child.

What if the Other Party Cannot be Contacted to Consent?

Sometimes a party with parental responsibility cannot be contacted (eg a father who was named on the birth certificate after 1 December 2003 but who has split from the mother and is no longer involved in the child's life).

In that situation it is possible for a child's name to be changed by deed poll. However the parent making the application must have made reasonable attempts to try to contact the other party/parties with parental responsibility. The deed poll service will want to see evidence of attempts to make contact. Evidence of this should normally include:

It is important to note that even if the deed poll service allows a child's name to be changed in these circumstances, the passport office may still refuse to accept the name change. This is because they often use a more rigorous test when assessing whether reasonable attempts have been made to contact the other party. This is largely due to child abduction concerns. It is often better to consider applying to the court for an order permitting the change in these circumstances. Without opposition from the other party, an order is more likely to be granted.

What if My Child's Name Has Been Changed but I Don't Have Parental Responsibility?

If a party without parental responsibility discovers that their child's name has been changed, they can apply to the court for the change to be reversed. There would however need to be a good reason for this.

[TIP: If you are applying to the court for a name change reversal, it would also be a good idea to apply for a Parental Responsibility Order at the same time. This will prevent further decisions (e.g your child's medical treatment, or where they will live) being made without your consent, or a court order.]

Can I Just Call my Child Something Different Without Changing their Legal Name?

A child can be given a "known name" which is different to their legal name. This is just similar to using a nickname. The child's true legal name will however still need to be used on official documents, such as academic certificates, and when for example registering your child at a doctors.

If a party with parental responsibility does not agree with the use of the child's "known name" then they can apply to the court for an order to stop the "known name" being used. The court is only likely to grant such an order with good reason though (e.g just because you dislike your son William being known as "Bill", you will not be given an order by the court to prevent this). It is therefore important if contesting this to clearly set out your reasons for the objection.

Where do apply for a Deed Poll application form?