Home > Ask Our Experts > What Rights do I Have as a Grandparent?

What Rights do I Have as a Grandparent? 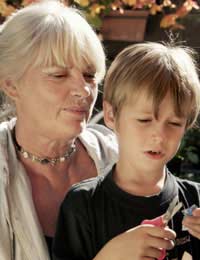 I have a residence order for my grandson. His mother has a severe personality disorder, his father has behaviour problems and ADHD, they have moved into the area where I live and want access to their son.

I do not have a problem with that, but what if they want to take him out, or want him to stay over with them. They cannot look after themselves, they do not wash themselves or clean their home. Social services have been involved with them for a long time. I have parental responsibility, as does the mother, but what rights do I have with regards to my grandson?
(Mrs J.A, 20 October 2008)

Had you adopted your grandson, his mother would no longer have parental responsibility. As a grandparent, who is naturally concerned about the ability of your grandson’s mother to take care of him, you may wish to consider Obtaining A Special Guardianship Order. This would give you greater rights to decide what is best for your grandson to the exclusion of his mother’s rights.

You express concern about what would happen if your grandson’s mother, or father, wanted to take him out or have him stay with them at their home. As a person with parental responsibility, you have not only the right but the legal duty to make decisions which are in that child’s best interest. If your grandson’s parents are indeed incapable of looking after themselves, you may conclude that your grandson could or would come to harm if left in their sole care. As a person with parental responsibility you could, therefore, refuse to allow this to happen.

The difficulty would arise if your grandson’s mother insisted that her son should stay with her. If two people with parental responsibility cannot agree on an issue concerning the child, they may ultimately have to apply to the court for an order resolving the disagreement. For example, you may ask the court to order that your grandson may only be at his parents’ house when another adult is present. Whenever the courts make a decision concerning the welfare of a child, the overriding consideration will always be the child’s welfare.

Can we Stop Our Father's Visitation Rights to See Us?

Do I Have the Right to Know Where My Children Are?

Could a Child Choose Which Parent to Live With?

When To Consider Legal Guardianship