Home > Children & The Law > What is a Young Offender?

What is a Young Offender? 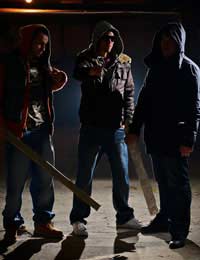 A young offender is a child between the age of 12-17 who has committed a crime and has been placed in the care of a Young Offenders' Institution (YOI). A custodial sentence will be the last resort if other orders and agreements such as Anti-Social Behaviour Orders (ASBOs) and Acceptable Behaviour Contracts (ABCs) have not prevented the child from committing a more serious offence.

What Happens When a Young Offender is Imprisoned?

Within the first few days of the incarceration a Young Offender will undergo an induction programme, during which time they will have the opportunity to discuss with one of the prison staff – normally someone qualified in the area of counselling – what they hope to achieve during their time in the care of the Institution.

They will be given the opportunity to select educational courses that may further their schooling and assist them in finding gainful employment upon their return to society.

They may also have the opportunity to decide to undergo a course of rehabilitation, including counselling to help with issues of anger, and have the chance to talk through with a professional the reasons why they have found themselves in an Institution.

Each Young Offender is assigned a personal officer when they arrive and this officer is on hand to answer questions as and when they arise.

It is worth noting, however, that contrary to the popular consensus, these stays in Young Offenders Institutions are designed to punish and rehabilitate and are not simply a means of removing these offenders from society for a period of time.

Many offenders find that they can apply themselves to a syllabus of education or learn a trade, such as carpentry. These pre-release courses are offered alongside a course of drug treatment in order to help them break the cycle of drugs and crime that has perhaps led to their incarceration in the first place.

Young Offenders may be recommended for Community Service Schemes where they can interact with the community and provide much needed help to those who need it. Many young offenders – providing that their offences are not of a sexual nature – can be given the opportunity to work with the elderly and children. Again, these offenders are subject to Criminal Records Bureau checks (CRB) and only those who are considered no threat to those of a vulnerable disposition will be considered for the Community Service scheme.

What Happens When a Young Offender is Released?

Prior to their release from the Institution, a Young Offender will be given the opportunity to undergo a pre-release course where they will have the opportunity to prepare themselves for their return to society. They will also be assisted in finding somewhere to stay if they cannot return to their families.

In conjunction with the Probation Service, every effort is made to help find these Young Offenders gainful employment – especially if they have gained a trade while incarcerated.

Upon release back into the community a Young Offender will be placed under a Supervision Order, and will have to attend regular sessions with either a Probation Officer, a Social Worker or a member of the Youth Offending Team. In some instances, depending on the conditions of their release, they may be asked to attend the police station nearest to where they live one a particular day at a set time. This is designed to reduce the risk of the offender absconding.